Have you ever needed to generate a realtime stream of json data in order to test an application or build a prototype? When thinking about a good source of streaming data, we often look to the Twitter stream as a solution, but that only gets us so far in prototyping scenarios and we often fall short because Twitter data only fits a certain amount of use cases. There are plenty of json data generator online … Continued 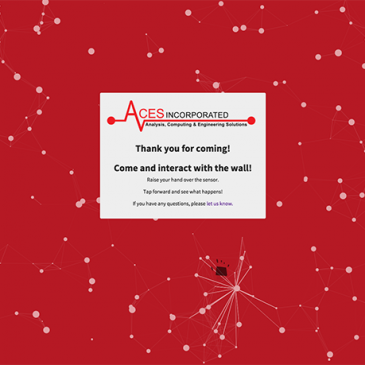 During our last hiring event here at ACES, Inc. in Colorado, we decided to geek out a little and do something fun. Since we were hoping to have some software developers show up, we wanted to have something that would grab their attention when they walked into the room.  I ended up throwing together a quick demo that we could project on the wall during the hiring event that people could interact with. ACES, Inc. develops many … Continued